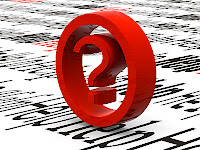 It's been a bitter sweet experience singing for Holland America Cruise Line and enjoying so many wonderful ports of call, while missing out on so many joyous happenings back home. I miss my students and have been so proud to watch their achievements from a far. Here are some interview questions to keep the wheels turning!
SeaWorld earns millions of dollars by holding Orca’s or killer whales in captivity and training them to entertain the masses. Orca’s are believed to be extremely complex mammals with highly developed brains. There have been several instances of the captive Orca’s attacking trainers. Do you think this is a result of holding animals captive who are otherwise meant to live in the wild? Do you think SeaWorld treats whales in an ethical manner?


How do you think the Olympic Committee should respond to Russia’s President Putin and his blatant violation of human rights and discrimination against gays and those individuals who support gay rights?


Do you think you can make the most out of any situation, good or bad?


What is your definition of integrity?


If you had three alter egos, who would they be? What aspects of your personality would they represent?


Do you believe abortions should be restricted after the 20th week? (Roe V. Wade set the limit at 24 weeks)
Recently Pope Francis shocked the world by saying, "who am I to judge gay people." What do you suppose a statement like this means to the gay community and the overall fight for equal rights?
What are the financial requirements of facilitating your platform at the national level? (state level, community level)
What has been your greatest community service contribution to date?
How would you go about recruiting more contestants for this pageant organization?