Are you pageant material? 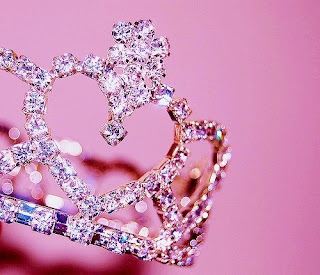 Pageant girls and their parents ask me all the time if I think they have what it takes to win a pageant. They place all hope in my response. Here's the thing. I believe every person should do what brings them joy. I believe success can be found in any range of activities, but if a young girl chooses pageantry I commend her because pageants are one of the greatest self-improvement programs on the planet for young women. I have seen young women transform from timid, shy, and awkward, into elegant, outgoing, leaders among their peers. Many of them have won pageants, and some of them haven't. Additionally, many of those women were also told at one time or another, "You don't have what it takes." My parents were never parents who asked that question, regardless of the goal we set for ourselves. From playing college football (my brothers, not me), performing on Broadway, and of course competing on the Miss America stage, my parents simply told my brothers and I, "never let anyone steal your dream."

Many of the pageant women I know, have also gone on to attend their dream colleges and work their dreams jobs. Some get married and have their pageant sisters stand beside them as they say their vows. Having found some of the best friends they will ever have, they stand by each other through disappointment and triumph, tragedy and life's greatest joys. I can't predict if a girl is going to win a pageant. But every girl can develop into a more well-rounded, confident, enriched version of who she is when she begins her pageant journey.

So what do I say when people ask me that question? Be in it to win it. But don't miss all the good stuff along the way. See the big picture and recognize how much you are growing and learning. By placing your hopes and dreams in someone else's hands, you relinquish your power. Hold on to your power. Believe in yourself and NEVER let anyone steal your dream.